Here for kids. Here for families.

It is the mission of CEDARS to help children achieve safety, stability, and enduring family relationships.

CEDARS is here to ensure that all kids have a safe environment where they can grow and thrive. We walk alongside them, using a holistic approach that provides support from infancy through young adulthood, with a variety of services to meet individual needs.

We’re also here to walk with families, offering them resources, opportunities and education to keep their family connections strong. Our approach is trauma-informed and honors the experiences of those we serve, so families can become stronger and kids can preserve those connections as a central part of their support system.

These needs can’t be met by one person, entity or organization alone. That’s why we join together with organizations and individuals across the community to support kids and families. From policymakers to child welfare advocates, trauma specialists to local and state agencies, and community donors to partner nonprofits, we embrace the kind of togetherness that changes lives.

Helping all kids receive the best possible care builds a strong foundation and empowers them to develop skills and work toward independence. Providing this security and the opportunities that come with it is at the heart of our mission, and at the heart of the people who carry it out.

If you are experiencing an immediate crisis situation, call the National Crisis Hotline at 800-448-3000.

See What I Can Be.

Jessica was unsafe at home. Her life was very hard for such a young kid.

She entered foster care at age four to achieve the safety she had always deserved.

Jessica lived with a variety of different families for the first nine years.

When she turned 13, she went to live with the Johnsons.

The Johnsons were great and showed Jessica what family was supposed to be like as they supported her through her ups and downs.

They never stopped believing in Jessica and what she could be.

From infancy to young adulthood, CEDARS is here to ensure all kids have a safe environment where they can grow. 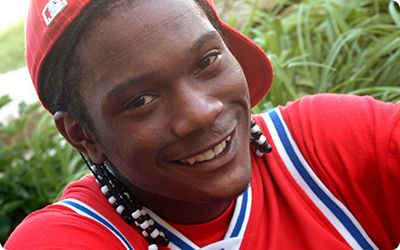 Cory grew up with instability in his home. This left him unprepared both academically and emotionally as he entered high school in early August. He couldn’t follow what was being taught in class, and he didn’t know how to handle the frustration of not catching on as quickly as his peers.

Cory and his mom had been struggling to understand each other. Cory didn’t have the words to explain that he didn’t understand school or the expectations they put on him.

He knew when his mom came home from working late she would ask him how school was. He didn’t want to tell her how he was already falling behind. To avoid getting into a fight he would drop his bag at home, grab a snack and immediately leave to hang out with friends until he was sure his mom was asleep.

Cory’s mom was worried about him but felt like she was running out of options to get through to him. She was embarrassed that other parents seemed to know exactly what to do and she didn’t. Having grown up herself without good parenting role models, she didn’t have a foundation to shape her interactions with Cory.

Frustrated and unable to understand his homework, Cory reacted the only way he knew—with poor behaviors. Cory started skipping classes and got in trouble with law enforcement.

We came alongside Cory to help him stay accountable. Throughout the day, we kept in touch with him to ensure his success at school, at tutoring sessions and at home. We worked closely with Cory’s teachers and were alerted immediately on the few occasions that Cory left class frustrated. At those times, we were able to find Cory and listen to his concerns.

Cory began to realize when things got tough, such as when he didn’t understand a subject in school or when he felt intense shame for not knowing the answers, he had a choice to run away from it or to face it. He knew it would be difficult but he wanted to start facing the challenges in his life. We assured him we would be at his side the whole way.

We also ensured that Cory’s mom felt supported in her efforts to provide stability in the home. Cory and his mom began to have conversations that didn’t end in fights. Cory didn’t seek to avoid being at home when she got done with work.

We also arranged with each of Cory’s teachers to assign a workload more suitable to his still-blossoming skills. Already we have noticed a difference in Cory’s attitude—he became engaged and eager to learn.

We are excited about his future.